Easiest States To Move From To Hawaii 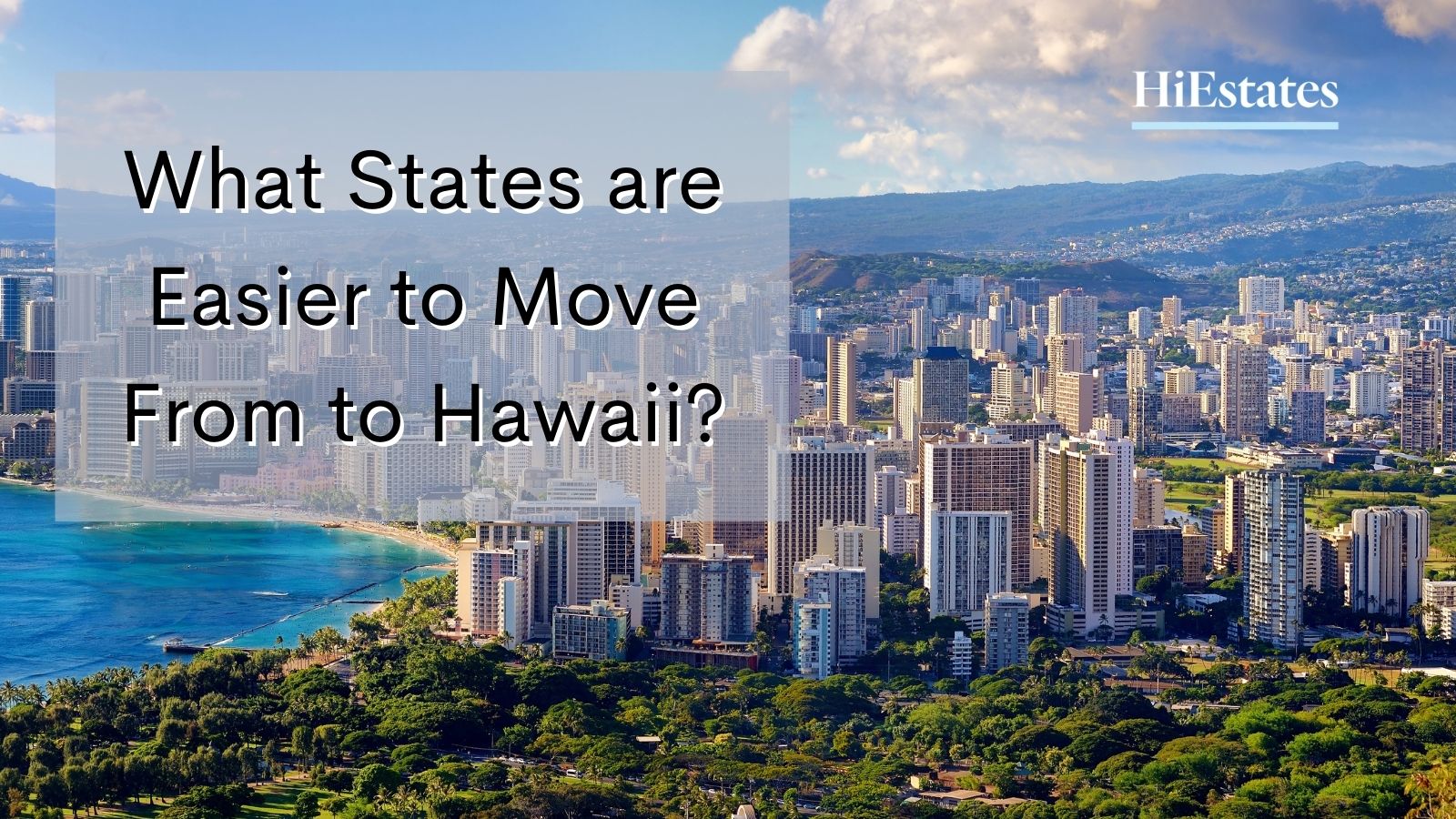 Moving to Hawaii is an exciting adventure. You’ve probably visited several times and now you’re ready to make the move. The ease of moving can vastly vary depending on the state you move from.

Cost of living, expenses, even moving with pets can be different depending on which state you’re moving from. While we're not going to touch on all 50 states, we are going to touch on some of the more common ones that a lot of people move from.

Moving to Hawaii from New York

Moving to Hawaii from New York is a big change. It’s almost like going international, but the distance doesn’t necessarily mean anything. It’s important to understand all of the nuances of moving to Hawaii from New York, both the pros and cons and anything you should be concerned about. As with any move, doing your research ahead of time is definitely the key to getting the best plan for your relocation.

Moving from New York can feel like moving to a completely different planet. Hawaii is just totally different from New York, even in major metropolitan cities like Honolulu. This unique experience where you don’t have to worry about freezing winters can open up an entirely new world for you.

One thing that is probably not too shocking is the cost of living. The earning potential can be low - most jobs are part-time and not very well-paid, so it’s important to have a job set up unless you are retiring in Hawaii. 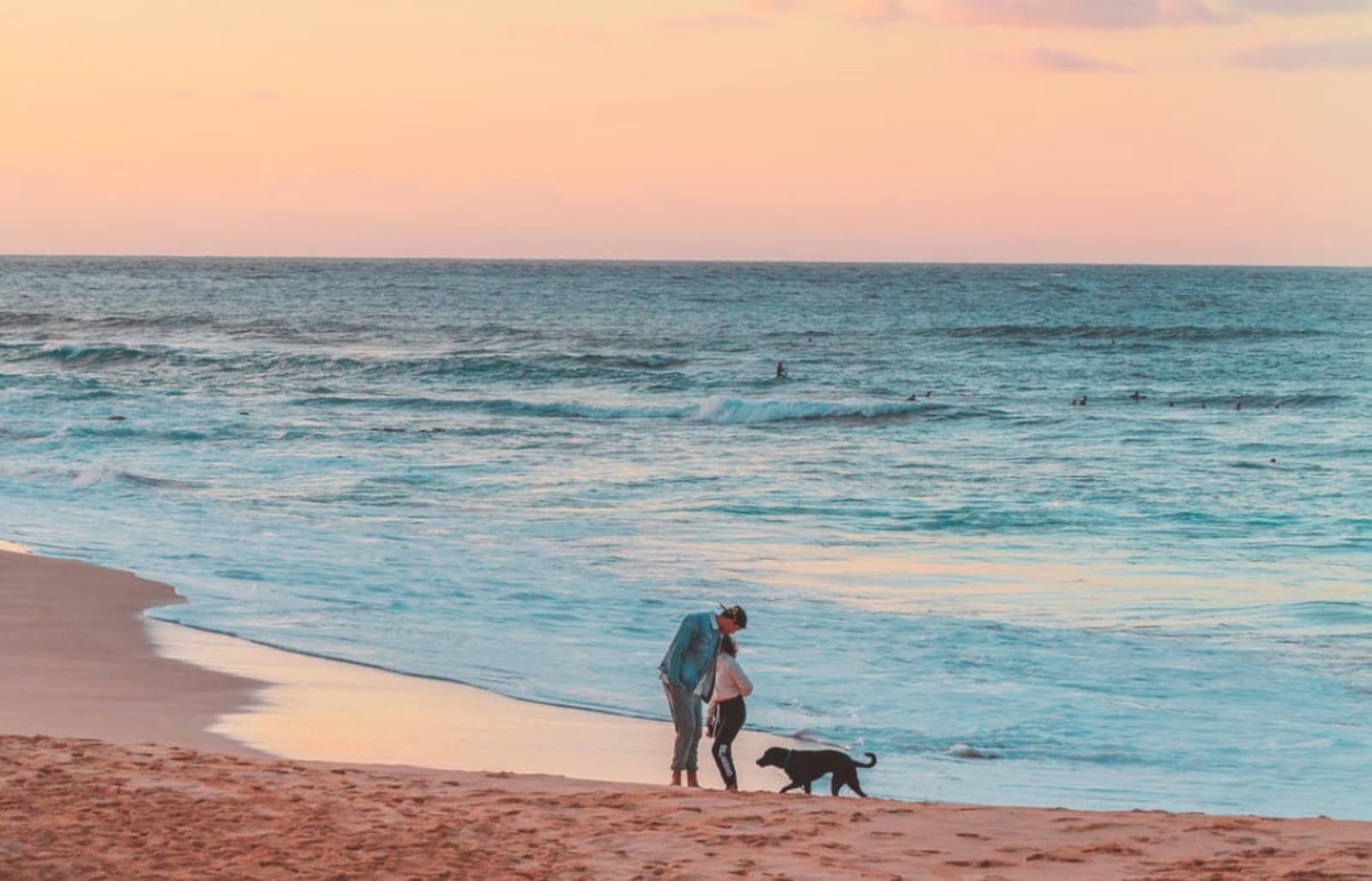 Moving to Hawaii from California

Is it really that much different? I mean, we have beaches, sunshine, and palm trees so what’s the real difference between California and Hawaii?

Chances are, you’re going to experience a slower pace of life. Depending on which island you choose, that pace of life might be slower than others. On Big Island and Kauai, the pace of life is extremely slow compared to California. Maui is a little faster-paced, but Oahu is probably the fastest paced living in Hawaii. Even in Oahu though, the pace of life is quite a bit slower than places like San Francisco, San Diego, and Los Angeles.

If you’re moving from a place like Los Angeles and you've chosen Honolulu, you might see a slight difference in traffic. It’s important to know that Honolulu has traffic as well, just not nearly as crazy as you’ll find in Los Angeles. Of course, Oahu is much smaller as well with a lot less population.

Generally speaking, coming from California, Hawaii gives you a break from mainstream living and lets you kick back and relax a little bit more.

Moving to Hawaii from Washington State

Washington State is one of the more popular islands to move from to Hawaii. You’ll see a lot of Seattle Seahawks paraphernalia throughout the islands as we have a lot of fans here. This is your first clue that there is a unique link between Washington state and Hawaii.

For starters, the weather is just completely different. Even if you’re moving from Eastern Washington, you’ll find a more tropical air and light tradewinds. If you’re moving from the west side of the Cascades, you automatically notice a difference in the weather. Lots more sunshine, less rain, and a tropical ambiance with an average daytime temperature of around 78°.

The sand, the beaches, the surf, and the laid-back lifestyle are all great reasons to move to Hawaii from Washington state. Plus, the life expectancy in Hawaii is higher than that in Washington state. You won’t even be giving up a lot - Hawaii has amazing breweries, outdoor adventures, nature hikes, as well as other aspects it shares with Washington. 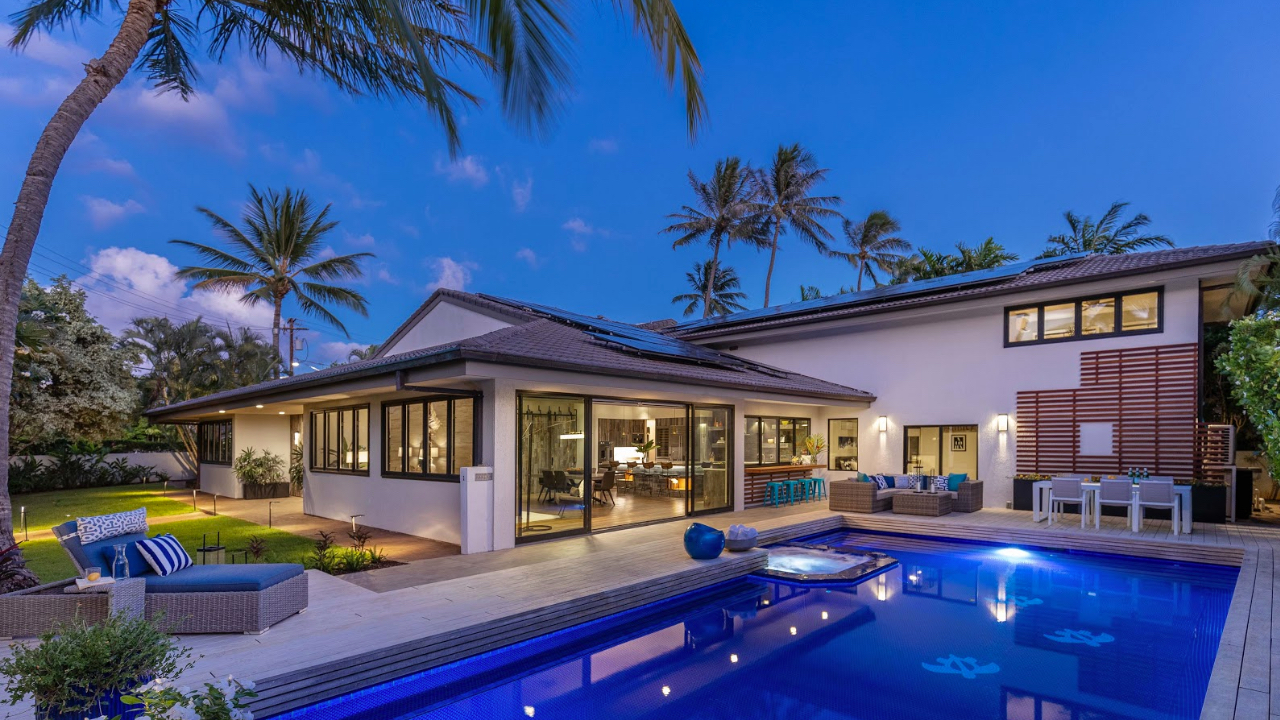 Moving to Hawaii from the Midwest

If you’re planning on moving to Hawaii from any of the Midwest states like Ohio, Michigan, Missouri, Indiana, Illinois, or Kansas, there will be a huge difference in the weather. Yes, it’ll be sunny but you won’t need to deal with the dreary winter cold, freezing temperatures, and snow. The weather is just the tip of the iceberg, though.

Hawaii is more expensive than most places in the Midwest - both in the cost of living and in housing costs. Grocery prices, healthcare, and housing are definitely higher and the food is different. A lot of people actually lose weight and feel healthier living on the islands not just because of the food they’re consuming but the weather and the sense of relaxation and low stress.

Hawaii also has much more cultural diversity than your average Midwestern state. It's a melting pot of diverse cultures and ethnicities, with many authentic restaurants and cultural activities. In some aspects it will seem like you’ve moved to a different country altogether. Hawaii is about the closest you can get to international travel without a passport. 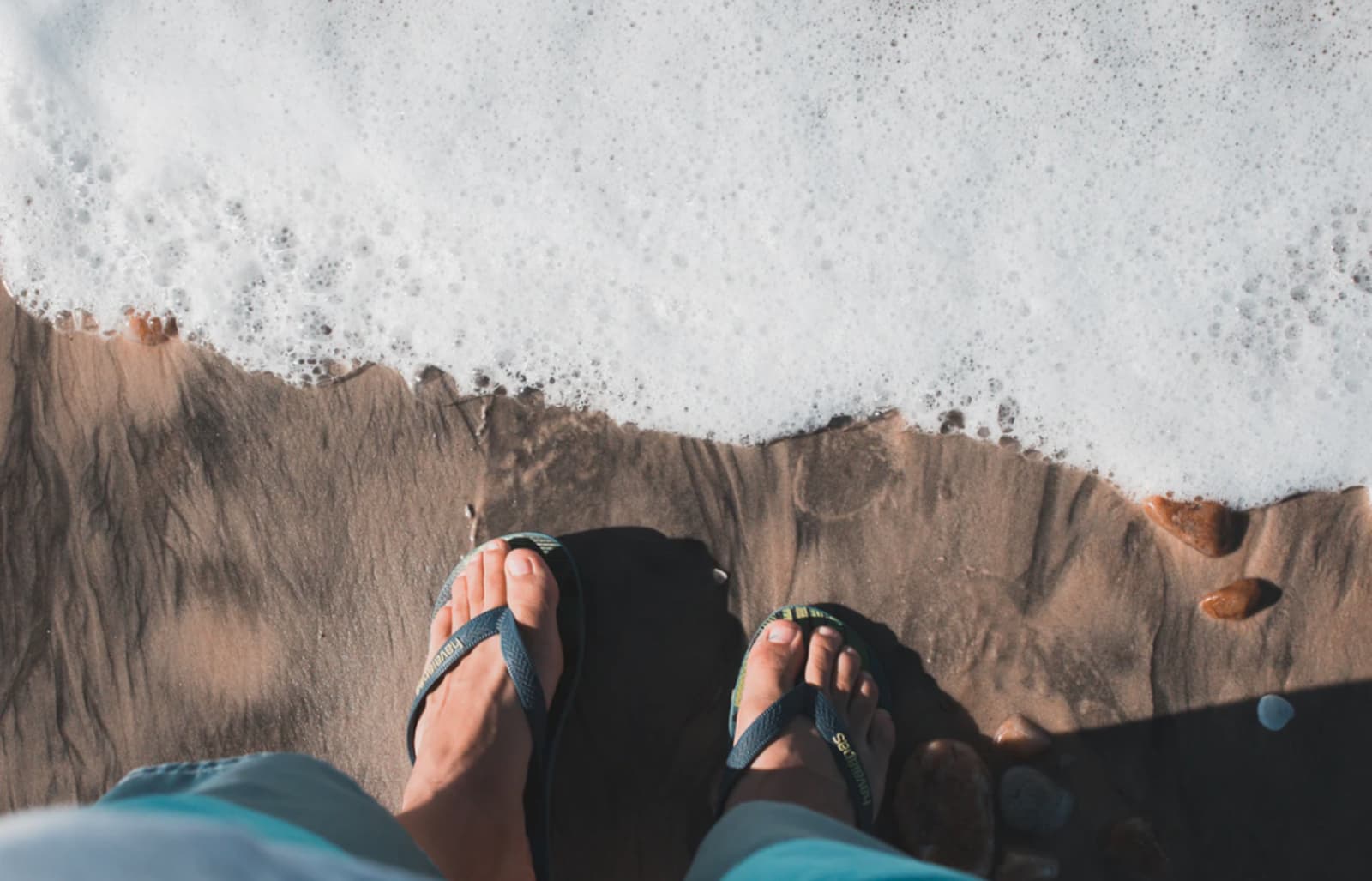 Moving to Hawaii from Florida

You would think you’re going from one tropical location to the other but it is quite different being in Florida versus Hawaii. While Florida shares some aspects with Hawaii, the cost of living in Florida is a little cheaper than Hawaii.

The weather is similar between the two, but in Hawaii you won’t have major extremes such as over 110° and massive humidity. The climate on the islands is relatively constant and consistent throughout the year, ranging in temperatures from 68° to about 84° year-round.

Schools definitely vary based on the islands versus Florida. Because Hawaii is more limited, schools will be limited as well.

Your experience with moving to Hawaii from different states can vary widely. The weather, the costs, the availability of housing, the culture - all of these factors and more come into play. Depending on who you are and in which stage of life you are in, it could be easier or harder. If you have a specific question about a certain state and the cost of living, feel free to contact us at any time.

As with any major move to the Hawaiian Islands, try not to pack everything. A lot of people simply sell all of their furnishings or sell their home already furnished and buy a furnished home in Hawaii. It costs a lot of money to ship to Hawaii - so before you pack up appliances, furnishings, and vehicles, take inventory of what you really want to take with you.

More: Your Guide To Moving To Hawaii With Pets

Sign up and receive tips and articles straight to your inbox on how to succeed in moving to Hawaii.

As you consider a move to Hawaii, deciding between buying a home and renting for a while first may be on your mind. Moving to the islands is ...Read More

Moving to Hawaii is a massive transition, full of excitement and simultaneously full of big changes. As you prepare for a move to the islands, take ...Read More 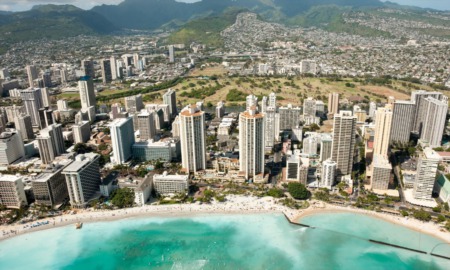 Making a Checklist for your Hawaii Dream Home

Purchasing a home is one of the biggest decisions you will ever make, impacting your finances, your lifestyle, and your comfort. As you search for ...Read More